How do you save your ideas?

Good ideas are difficult to come by. Moreover, you may get an idea and hope that you will remember to note it down somewhere for future use.
Let me give you some tips to save your ideas for future reference and action.
Tips:
These are just a few tips. The best way for you is the way you will be most comfortable with.
At least have three alternative approaches to make sure you don't lose an idea
Posted by Unknown 1 comment:

What did you do today to save our planet? 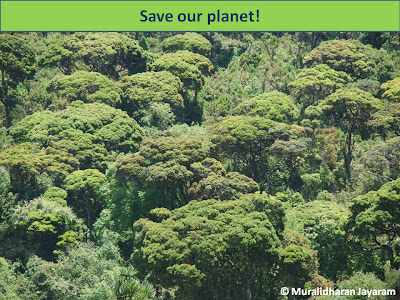 Email ThisBlogThis!Share to TwitterShare to FacebookShare to Pinterest
Labels: Saving our planet question

Do you allow dirt to accumulate in your mind?

Invariably, you are exposed to dirt, pollution, grease, and germs everyday. You handle this by cleaning yourself daily-you shower, shampoo your hair, brush your teeth,---.

How about the dirt and pollution that accumulates in your mind? Do you clean them?

Here are some sources that may dirty and pollute your mind:

I am sure you can come up with a personalized list.

When you make a list like the one above and examine it, you will realize how easily your mind can become greasy, dirty and polluted. It is difficult to function effectively with a greasy and polluted mind- it will slow you down.

Awareness of the dirt accumulation is the first step to cleanliness.

Stay tuned for another post on how to keep your mind clean-spic and span.

Email ThisBlogThis!Share to TwitterShare to FacebookShare to Pinterest
Labels: Dirt and pollution-effects on your mind

How well do you climb your mountains? 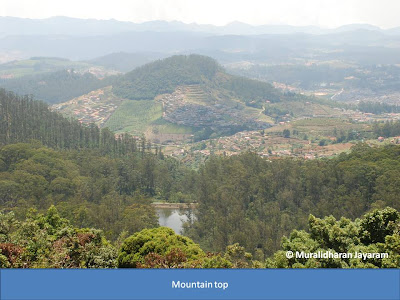 When you reach a mountain top, you always have another to climb.
Find your mountains and climb them.
Only you can recognize your mountains!
Posted by Unknown 3 comments:

Choose to be different from your environment! 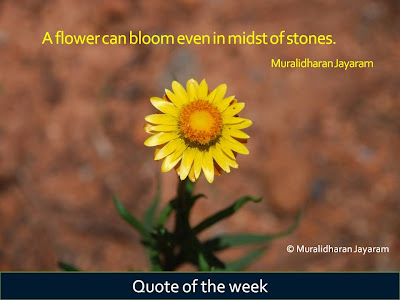 Email ThisBlogThis!Share to TwitterShare to FacebookShare to Pinterest
Labels: Choosing to be different

What can you learn from video games?

I had a long weekend. In addition to the festivities related activities that took my time, I also spent a size able amount of time playing Smash Court Tennis on my daughter's Sony PSP.

Initially, I found the game difficult as I had to master new skills; Game after game, I lost to the opponents; Slowly, I began to improve and win. Initially, they were small wins, but later I started winning tournaments in the video game. I cannot begin to describe the thrill when I finally got to learn the skills to win matches.

Life is exactly like that. I immediately saw video games as medium to teach values such as perseverance, patience, resilience, staying calm even when there is a failure,--- the list can go on.

I feel the key is to point out the connection and provide guidance in transferring those values to real life.
Posted by Unknown No comments: 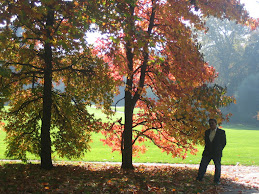